The Australian AMI Trainers bring a wealth of knowledge and experience and have supported different Montessori courses, schools and programmes not just in Australia but throughout the Asia-Pacific Region.

Rebecca’s Montessori journey began in 1985 when she accepted a job as a 3-6 classroom
assistant, which led her to undertake AMI 3-6 training the following year. In 1987 she began
teaching in the newly established Prince George’s Country Public Schools magnet
programme in Maryland, USA, where she worked with 3-6 and eventually 6-9 children for
nine years. Rebecca completed the Washington Montessori Institute’s first three-summer
6 – 12 course in 1996 and moved to Milwaukee, USA, where she worked with 9-12 children
in the esteemed Milwaukee Public Schools Montessori programme.

After moving to Australia in 1998, Rebecca worked briefly in long-day care in Geelong. She
moved to Sydney in 1999 and has worked at the 6-9 and 9-12 levels in several local schools.
She undertook the Training of Trainers programme in 2006 and was awarded the title of
AMI Trainer at the Elementary level in 2014. She is the first Australian AMI 6-12 trainer and
has benefitted from the wealth of experience of many AMI trainers who shared their
wisdom with her during the training process.

In 2013 Rebecca founded Cameragal Montessori School’s first primary class, which began
with seven children and today encompasses a thriving 6-12 programme. It was a joy to be
able to implement Cosmic Education more fully as a result of her increased understanding.
She left the school in 2017 to begin working as a full-time trainer.

Rebecca offers modular format 6-12 courses, face-to-face and blended format Orientation
Courses, as well as workshops and mentoring, through Sydney Montessori Training Centre.
She loves international collaboration and has worked with parents, teachers and
administrators in Brazil, China, Japan, India, Indonesia, New Zealand, Portugal, Qazaqstan,
Russia, Thailand and Ukraine. Rebecca is happy that we have a vibrant Montessori community among Australian independent schools and would like to be part of the change
that makes 6-12 classes available to more families within the public sector. Amy Kirkham has worked in Early Childhood since 1988 as an Early Childhood Teacher, Play Therapist at the Royal Children’s Hospital, Montessori Directress, Lecturer, Consultant and Trainer.

Amy gained her AMI 3 to 6 Diploma in 1993 and was awarded her AMI 3 to 6 Trainers’ Certificate in 2006.  She also holds an AMI Certificate for 0 to 3, 6 to 12 and Adolescents, Montessori Core Principles and Montessori Sports.  In addition to her Montessori qualifications, Amy is a VIT registered Early Childhood Teacher and has a Bachelor of Educational Studies (Hearing Impairment) and a Master of Education from the University of Melbourne.

Amy has been the 3 to 6 AMI Director of Training in Melbourne since 2008 and worked as a member of the 3 to 6 Training Faculty on Diploma, Foundation, Certificate, Administrators and Mentor courses in China and Taiwan.  She has been an AMI examiner in Australia, China, New Zealand, Thailand and Japan.

Outside of formal training delivery, Amy has supported the construction and establishment of new Montessori centres in Melbourne and collaborated with Nienhuis on the revision and development of Montessori materials.  She was a member of the team who developed the Montessori National Curriculum which is now used in multiple countries worldwide and was one of the original members of the Australian Montessori Quality Assurance Council.  Amy has completed Mentor Training with the Victorian Institute of Teachers and the DEEWR Recognition for Prior Learning (RPL) Assessors’ Training.

Amy is actively involved in the provision of Montessori professional development, including parent and community education.  When she is not training, Amy can be found working with children and mentoring in different 3 to 6 environments.

Amy joined SMTC in 2019 as the Director of Training for the 3 – 6 Diploma and Orientation Certificate courses. 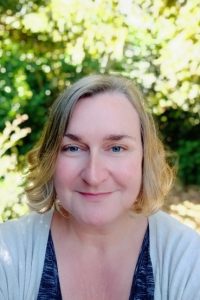 Sara holds AMI Diplomas at both Assistants to Infancy (0-3) and 3-6 levels. She has a Masters in Education from Loyola College in Maryland.

Sara has worked extensively in a variety of Montessori settings: long-day care, pre-school and Montessori in the home. She has enjoyed working in Nido and Infant Communities as well as parent-infant classes. Sara lives in Sydney, Australia with her husband and three children.

Sara is qualified as an AMI Assistants to Infancy trainer and is also an examiner at this level. She conducts teacher training internationally and is currently a 0-3 Director of Training in Dallas – North Texas, China and Sydney. Sara delivers 0-3 Training for the Sydney Montessori Training Centre. 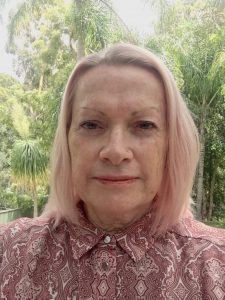 Kay’s Montessori journey began the very day she visited a Montessori school in Sydney’s South West. As a student studying for a degree in education, she knew from that day, that a Montessori environment was a natural way for children to learn about themselves and about the world in which they live.

So, within the next few years, Kay gained her Teaching Degree from the University of New South Wales, and her AMI 3-6 Montessori Diploma from the Australian Montessori Teacher Education Foundation and began her career as a Montessori Guide. For almost 20 years she served communities in several Sydney Montessori schools, guiding children and supporting families while mentoring assistants and new guides.

In 2012 Kay joined the AMI Training of Trainers program which saw her assist the Directors of Training in AMI 3-6 courses in Sydney and the United States. She has been granted the status of Auxiliary Trainer.

As an indigenous woman, Kay is passionate about empowering teachers to invest in honouring the culture of First Nations people and incorporating the values of culture and the connections to country into Montessori environments.

Kay joined SMTC in 2021 as an Auxiliary Trainer for the 3 – 6 Diploma, Orientation Certificate and Foundation courses. 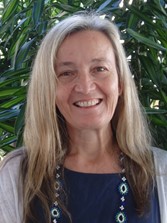 Julia’s attraction to Montessori education began when she commenced studies toward her AMI Children’s House Diploma in London in 1985.  In the years following, she has established centres and run classes in the UK and Australia.  She also completed her 6-12 Course in Bergamo, her 0-3 Course in Australia – as well as attending the inaugural Educateurs sans Frontieres gathering at Citta De Castella in 1999.  Following several visits to remote Indigenous communities she was asked by Montessori Children’s Foundation to move with her family to Thursday Island and establish the Montessori stream at Tagai State College in Torres Strait in 2009. Julia lived in this remote community for 6 years. This initiative has now grown to include two 3-6 Montessori Classes within the Tagai Primary School and five Parent/Toddler Groups on separate Islands throughout the Torres Strait.

In early 2015 Julia began work with a remote Aboriginal Community in Cape York called Lockhart River and is still actively supporting this community.

Julia lives on the Gold Coast , QLD , Australia where she supports the Montessori programs across the Islands and Aboriginal Community in between her training commitments.

Julia also holds a Bachelor and Masters in Education and is an AMI Trainer at A-I Level and a 0-6 Montessori Consultant and International Examiner.  Julia has been Director of Training on AMI Orientation  and Diploma Courses in Australia, London, South Africa, New Zealand , The Gambia, Nigeria, Japan, Vietnam, Portugal and India.

Her special interest lies in empowering adults from Indigenous communities and supporting all families to grow in their understanding of the importance of the first few years of life and the help needed to have a lasting impact on their children’s future.

Application are now being accepted for the AMI Montessori 3-6 Diploma commencing in Sydney in January 2022. This is an in-depth study of Montessori pedagogy focusing on the developmental needs of children from three to six years of age.
Find out more